This article aims at finding out how the shareholder-value pursuit has affected labor policies at large Japanese listed enterprises. It concentrates on the issue of labor bifurcation, whereby the proportion of nonregular employees has grown rapidly over the last two decades, currently approaching the numbers of regular employees. The externalities of increased returns to stockholders during the last two decades have been the changes in the related domains of management and labor, which I explain through the application of the political economic theory. This theory underlines the importance of inclusion into a “political bloc” for being eligible for economic benefits. Consequently, I argue that increased returns to politically privileged shareholders have been achieved at the expense of a growing proportion of unprivileged nonregular employees. The research corroborates the positive correlation between the total shareholder return and the proportion of nonregulars. On the other hand, foreign stockholding does not appear to be significantly correlated with the increase in nonregular employment. In turn, the study has found that the proportion of nonregular employees is significantly correlated with domestic ownership that characterizes higher managerial entrenchment. 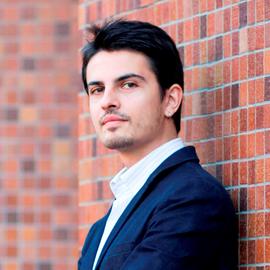 Researcher under the JSPS Grant-in-Aid for Young Scientists